How Does the Weather Give Us Symptoms of a Cough and Cold?

It has always been said that the winter is the season of the Flu, coughs and colds; but is this really the case, or is it a coincidence that we pick up certain viruses at this time of year? Could it be that as human beings, we spend more time huddled together indoors in the winter and therefore spread viruses more rapidly? There are cases of the summer cold, but Flu seems a distant memory during that warm, sunny season. So what are the facts?

There has been very little scientific proof over the years that the Flu is a winter epidemic. The reason for this is that there are not many lab animals that catch the Flu in the same way that Human Beings do, so it has been a difficult case to study. However, a discovery made back in 1918, where army doctors kept guinea pigs for testing, found that they all contracted the virus and died. This was unusual, as it had already been found that mice could not catch Flu from each other, nor do they get the same strains we do.

Why Colder Weather Makes Us Ill

The fact is that viruses survive better in a cold, dry environment. So in winter, once the Flu virus rears its ugly head, we don’t stand much of a chance if we’re in contact with others who already have it. It isn’t just the weather that makes the virus such a robust illness, it’s the mucus in our noses! In order to clear out impurities in our respiratory system, mucus travels up our respiratory tracts. However, the mucus becomes stickier when it is subjected to cold air, this makes it more difficult to eliminate and so the symptoms of a cough and cold hang around, until the virus is able to be expelled. 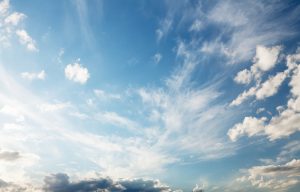 The symptoms of a cough and cold always seem to get worse later at night, for the simple reason that the temperature has dropped and the cooler air and dryness affects the respiratory system. During the summer, or in warmer countries where the humidity levels are higher, viruses find it difficult to survive. When humidity hits 80%, the virus transmission is far lower and can no longer remain airborne, it literally falls from the air!

Warm, moist air can be of great benefit to those with symptoms of a cough and cold. Maintaining indoor humidity at 40-60% can help to ease congestion, as well as decrease the spread of the virus. Central heating within the home only increases the dryness of the air, which can enable any viruses to live for longer in the household. By keeping a good balance of humidity and warmth, maybe we can help to eliminate or at least keep the Flu and cold viruses to a minimum, for a germ-free winter!